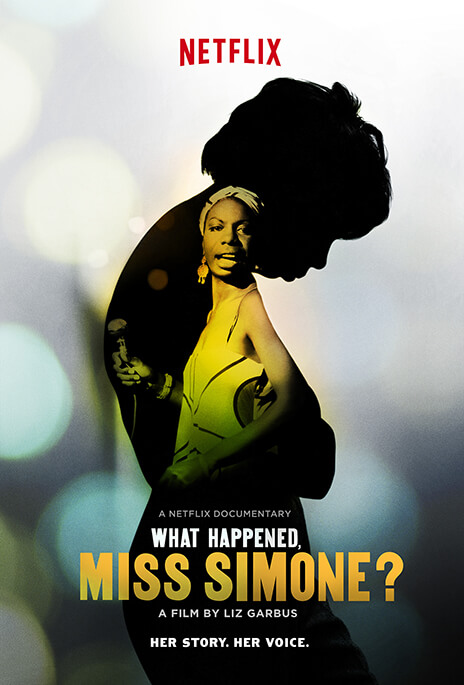 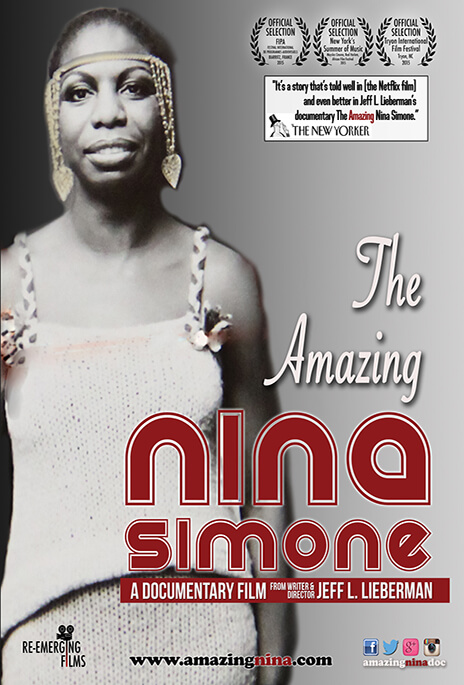 The Amazing Nina Simone is a 2015 documentary film by director Jeff L. Lieberman.

The film details the life, legacy, and musical accomplishments of pianist, singer, songwriter, and civil rights activist Nina Simone, through interviews with over 50 of the subject’s friends, family, band members, lovers and fellow activists. 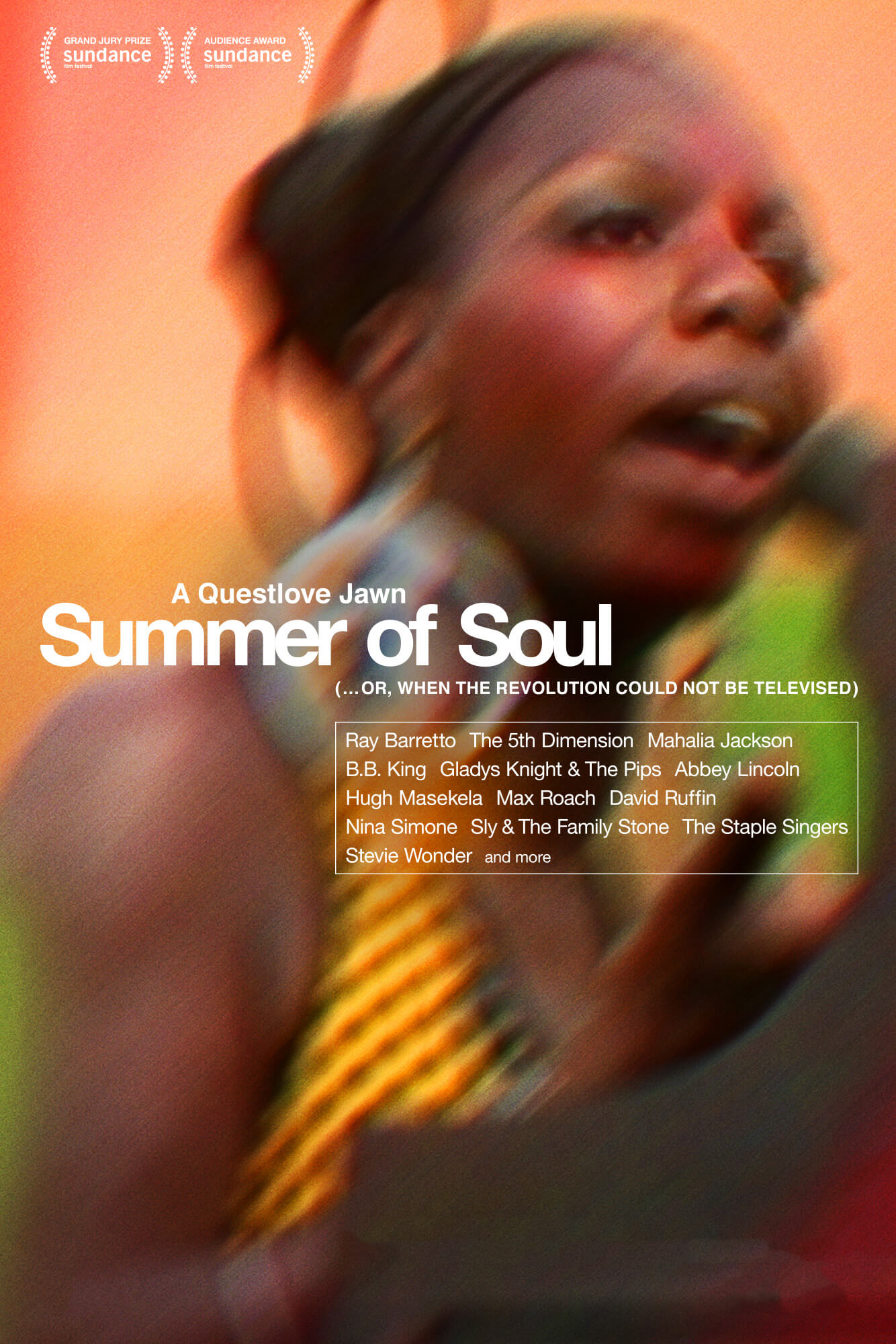 Summer of Soul (…Or, When the Revolution Could Not Be Televised) is a 2021 American documentary film directed by Ahmir “Questlove” Thompson about the 1969 Harlem Cultural Festival.

It had its world premiere at the 2021 Sundance Film Festival on January 28, 2021 and had a limited theatrical release in the United States on June 25, 2021, before expanding on July 2, 2021 theatrically by Searchlight Pictures and digitally via Hulu.

It received acclaim from critics, with praise aimed at the footage restoration. 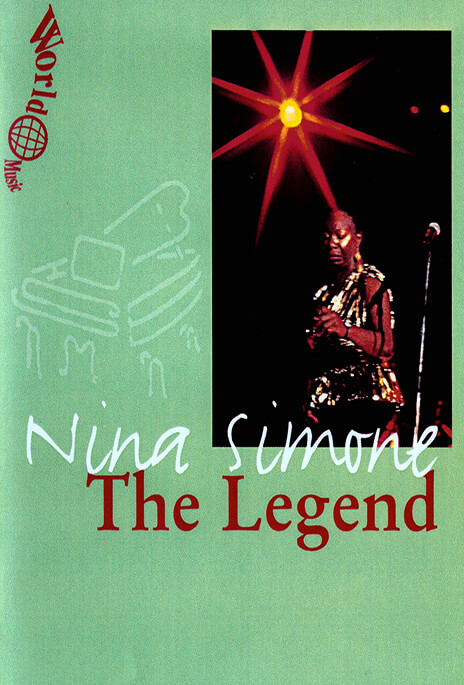 The documentary Nina Simone: La légende (The Legend) was made in the France by Frank Lords and is based on her autobiography I Put a Spell on You.

It features live footage from different periods of her career, interviews with family, various interviews with Nina (who was at the time living in the Netherlands), and also follows Nina on an emotional trip back to her birthplace. 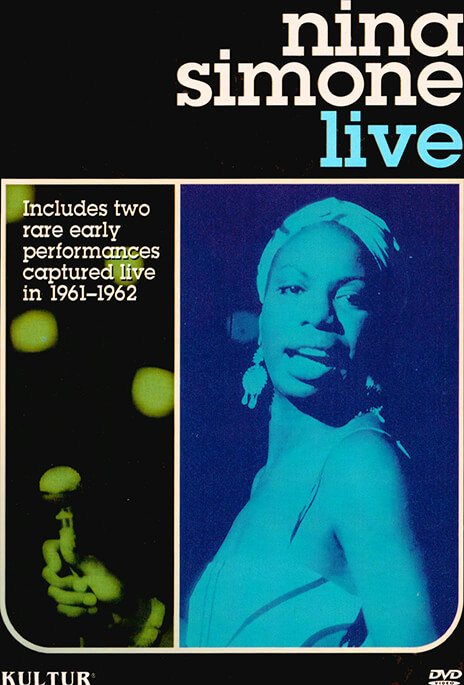 LIVE IN '61 & '62 2005 - Kultur
LIVE IN '61 & '62
Nina Simone has always been hard to classify. The “High Priestess of Soul” was trained as a classical pianist, but branched out early into pop, gospel, jazz and blues, playing and singing everyone’s compositions and writing many of her own.
At 28 years old, she had already been seen in many clubs and had recorded several LP’s when in 1961-62 she agreed to be filmed, without an audience, in a New York City studio.
With a justified reputation as one of the greatest jazz singers of all time, Nina Simone has lit up the music world with some superlative performances over the years.
This footage is culled from shows in 1961 and 1962, and sees Simone tackling a number of songs alone at the piano. Among them are I Loves You Porgy, For All We Know, Sunday In Savannah, and many others.

Jazz Icons  is the folk Nina (The Ballad of Hollis Brown) and the jazz Nina (Love Me Or Leave Me) presented here in live club and TV performances in typically Nina Simone spellbinding fashion.

Jazz Icons offers a bonus disc only available in the boxed set of DVDs that includes no-holds-barred Nina Simone live performances in 1965 of Mississippi Goddam and Love Me Or Leave Me followed by an interview with the Swedish program host. 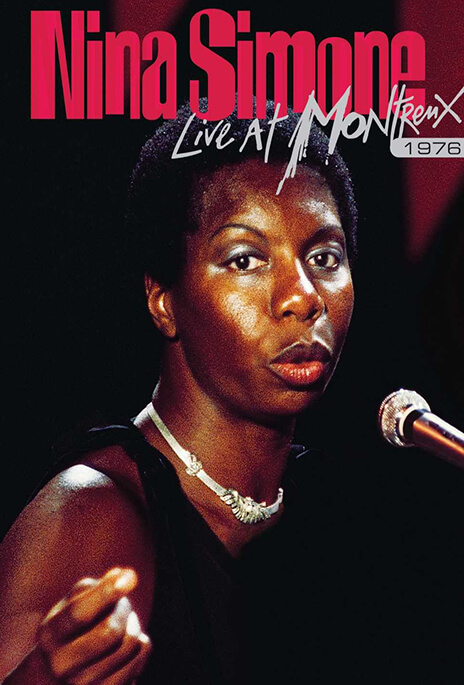 Nina Simone was one of the great female vocalists of the 20th Century. She was equally at home singing jazz, blues, soul, gospel or pure pop. Hugely prolific throughout the fifties, sixties and seventies, she recorded only rarely in her later career, but remained a major live performer until well into the nineties when, becoming increasingly frail, she retired to France where she died in 2003 at the age of 70.

Nina Simone made four appearances at the Montreux Festival between 1968 and 1990. This DVD features the whole performance from 1976 as the main feature and is supplemented by bonus features of two tracks from her concert in 1987 and four from her final show in 1990.

This is the definitive Nina Simone Live At Montreux DVD. 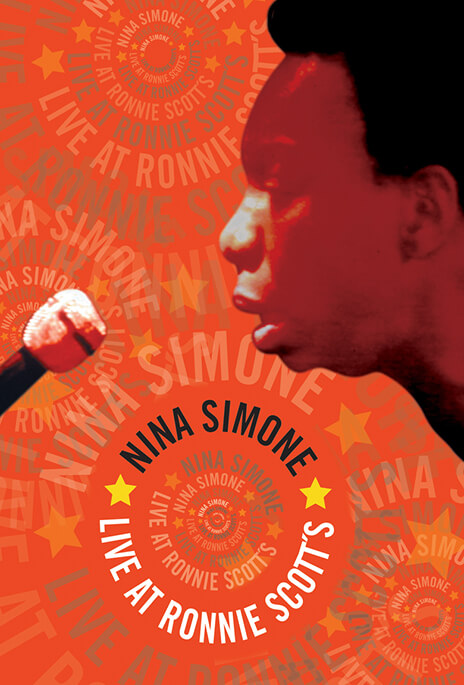 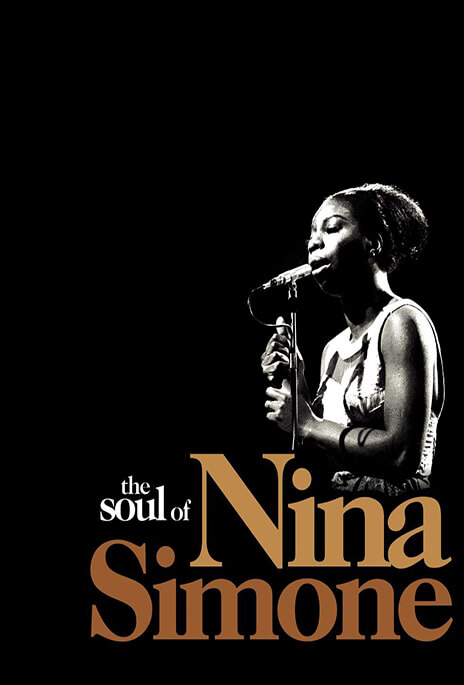 What will undoubtedly excite Simone fans, and what is truly the highlight of The Soul of Nina Simone is the DualDisc’s video portion. Featuring live performances that have been impeccably restored, it is a rare chance to witness the raw energy of both Simone’s playing and singing in a live setting. The first two cuts take us back to 1960, with Simone’s debut on The Ed Sullivan Show.

The other performances fast forward to the tail end of the ’60s, when Simone was at the peak of her popularity.

But it’s the most potent material that is saved for last. In what became known as the “Black Woodstock”, 1969’s Harlem Festival was a series of six concerts that drew nearly 100,000 people to Central Park’s northern end.

For the first time, Simone’s performances have made available to the American public and they are simply fantastic.

Watching Simone perform these songs in her prime is mesmerizing, astonishing and a real gift. 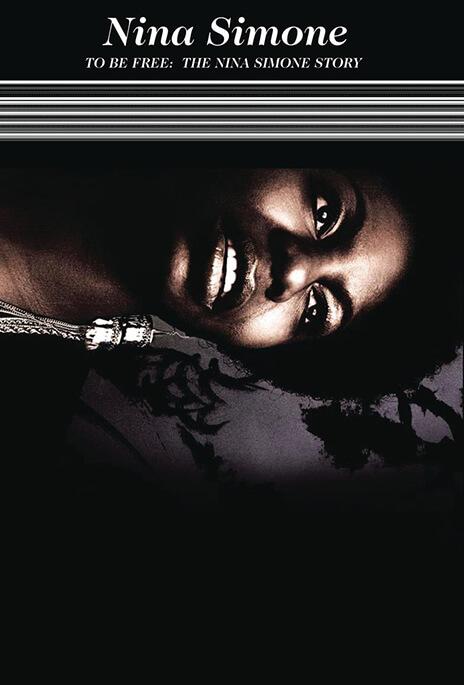 There was only one Nina Simone, an original and highly imaginative artist whose style embodied a wide range of influences from musical Americana and beyond. To Be Free: The Nina Simone Story (three CDs and a DVD) is a fine boxed set overview of her career, emphasizing the live performances where she was most in her element.

Culling material from her Bethlehem, Colpix, Philips, RCA, PM, CTI and Elektra recordings, To Be Free is the most comprehensive and wide-ranging of many available collections; it includes all the Billboard and UK national chart singles plus previously unreleased jewels.

(The film included on the DVD is also known as Nina: A Historical Perspective, a documentary produced by Peter Rodis in 1970.) 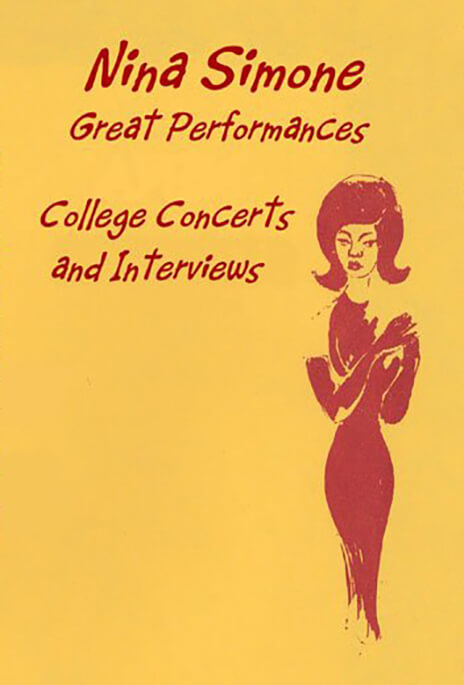 Great Performances: College Concerts and Interviews is an exceptionally rare but powerful collection of performances and interviews compiled by Nina Simone’s ex-husband and manager, Andy Stroud. Performances include concerts at Amherst College and at Morehouse College, both in 1969.

Interspersed between performances are behind the scenes clips of Nina speaking candidly about her music plus insights into her philosophies about music, race, and human relations. 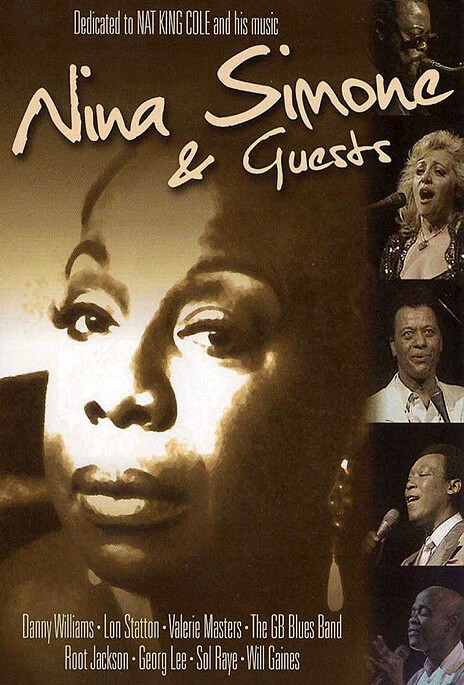 Nina performs Young, Gifted, and Black, Ain’t Got No / I Got Life, I Loves You Porgy, and Mississippi Goddam. 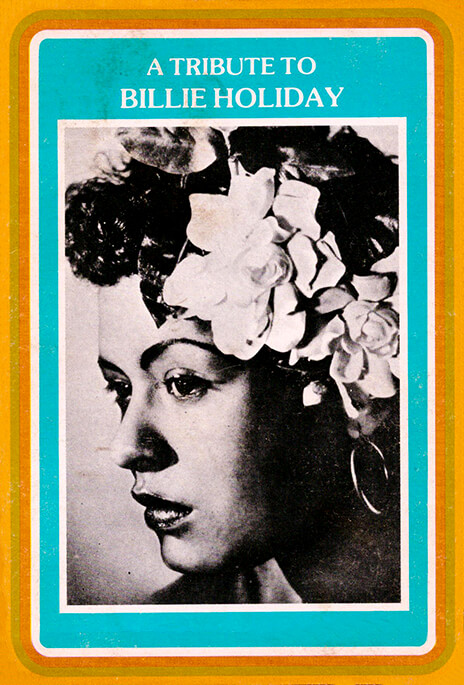 A one hour color special performed at the Hollywood Bowl in 1979 capturing 17,000 people and a star-studded concert performance by five of the top jazz and blues female performers, all present to pay tribute to the legendary Billie Holiday.

Ray Ellis and the Orchestra, with singers Nina Simone, Maxine Weldon, Morgana King, Carmen McRae, and Esther Phillips, present this concert along with interviews and film clips to give insight into Billie’s life. 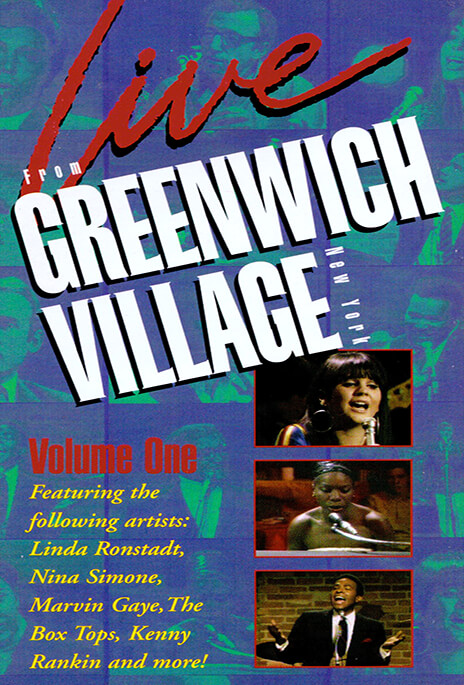 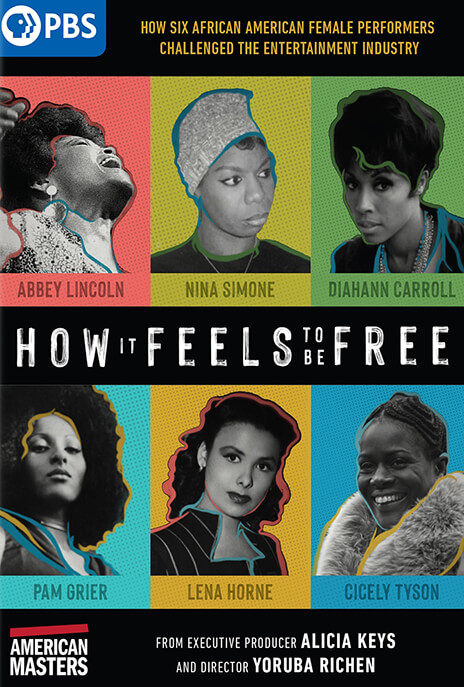 How It Feels to Be Free takes an unprecedented look at the intersection of African American women artists, politics and entertainment and tells the story of how six trailblazing performers (Abbey Lincoln, Nina Simone, Diahann Carrol, Pam Grier, Lena Horne, and Cicely Tyson) changed American culture through their films, fashion, music and politics.