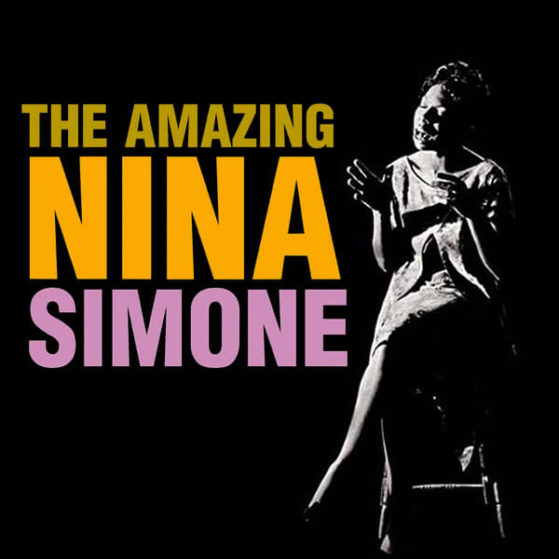 Nina Simone will, in all likeliness, emerge this year as the greatest new singing talent to hit the recording field in a decade. At twenty-six Nina sounds like a woman with at least that many years in a recording studio proving once again that professionalism isn’t a product of years but a quality of genius.

No song that Nina sings has ever been sung before, at least as the same work. Nina brings to each number a special quality that comes from brilliant musicianship with an almost philosophical understanding of the words.

When Nina sings the word “love,” it isn’t a word combined from four letters out of the alphabet but an emotional experience you can feel. As one rake at a recording session put it: “When that kid sings the word “love” you can hear the blinds comin’ down!” Nina is a jazz musician–she is a negro spiritualists–she is a woman tormented by love–she is a Sunday school picnic.

Nina is, in short, whatever the words and the music she is singing really mean. Nina is a musical experience–an emotional trauma–an intellectual challenge. Nina is Nina Simone and that is just about the nicest thing you can say about a great artist.

Vocalist, pianist, arranger, composer, Nina Simone first saw the light of day in Tryon, North Carolina twenty-six years ago. The exact date was February 21, 1933. Her mother says that the first yowl of complaint given by the skinny little infant was the first time she sang the blues. It was music to her mother’s ears and almost every sound she has made since has trilled people to the same extent. Nina was the product of musical parents and one of eight talented children–four boys and four girls. Music is in Nina’s blood–it is her heritage and her spoken language.

Nina’s musical career started at four on the piano–at four and a half she was already using her remarkable voice as a second instrument. Strongly influenced by Marian Anderson, Nina and two of her sisters thrilled the local congregation with astounding virtuosity in singing spirituals in the church services.

By the time Nina was of high school age she was already an accomplished jazz pianist. Her jazz piano was always flavored by the influence of the Negro folks blues of the South. After graduating high school at the age of 17, Nina migrated to Philadelphia where she earned her living teaching piano and accompanying local pop singers. Two years of serious piano study followed at Juilliard. Joyce Selznick, Eastern Talent Scout for Columbia Pictures, arranged an audition for Nina Simone with Paul Wexler of Colpix, the record division of Columbia Pictures. Nina was immediately signed to a long term contract.

Nina is a cauldron into which have been poured all the streams of musical expression and consciousness that shape American musical thought and emotion; classical, jazz, folk, ballad and Negro Church music–the jazz influence running the full circle from the “funky” to the progressive. When Nina plays and when Nina sings–the cauldron boils and the audience bubbles over.

The songs that Nina sings:
This album is Nina’s big introduction and Colpix searched far and wide to compile just exactly the right combination of raw materials for Nina to work over. It was not only necessary to create a tour de force to display Nina’s remarkable wares but the album itself has to stand up as a valuable musical program for the most critical collector. Everything Nina does is new and different–how do you prove it–with standard material, all new material or stuff pulled down out of orbit? The answer evolved itself in the sessions–a happy combination.

Side 1 runs the course opening with a great standard made greater by Nina’s interpretation, “Blue Prelude.” Nina plays the piano herself for the second cut, a classic spiritual, “Children Go Where I Send You.” An adaptation of an English folk ballad, “Tomorrow (We Will Meet Once Again) follows. The swing “great,” “Stompin’ At The Savoy” done as a vocal that will become the pace-setter for all future interpretations of one of the most familiar songs in the American genre. The Rodgers and Hammerstein masterpiece, “It Might As Well Be Spring” emerges fresh and revitalized under the magic touch of Nina Simone. Side I is capped with a thrilling new look at the R&B classic, “You’ve Been Gone Too Long.”

Side 2 opens with Nina again accompanying herself on the piano with the blue ballad, “That’s Him Over There.” An adaptation of the Negro folk tune, “Chilly Winds Don’t Blow” is counterpointed by the strictly modern theme from the Columbia motion picture, “Middle of the Night.” With the up-tempo standard, “Can’t Get Out of This Mood” Nina shows another facet of her amazing ability following up with the great ballad, “Willow Weep For Me.” “Solitaire”, a truly classic ballad, is Nina’s curtain bow in what by all odds is one of the most remarkable albums ever created. Drawing upon every idiom, blending the obvious trickery of a great performer and the secret formulas of a musical magician, Nina has put herself to the test. The rest is up to the listener–it’s all there. This album is just as good as you ear. Everything that can be said in the musical idiom within the boundaries of the twelve numbers so carefully selected is here said–by Nina Simone. 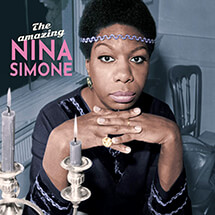 Additions: I Loves You, Porgy; Falling In Love Again; That's All; The Man With A Horn; Since My Love Has Gone; If Only For Tonight; Nobody Knows You When You're Down and Out; Come On Back, Jack; I Love To Love (Live); My Baby Just Cares For Me 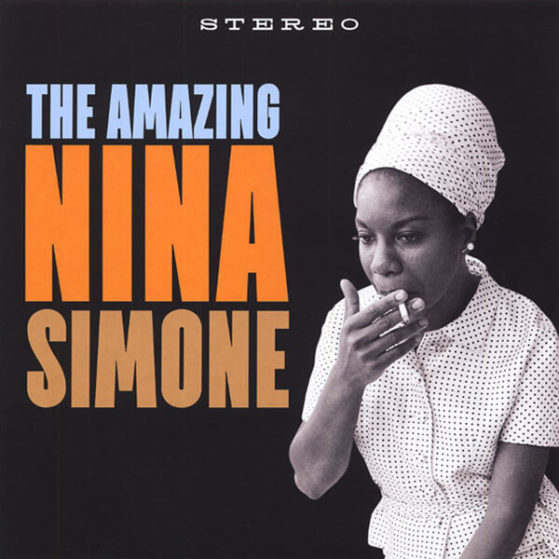