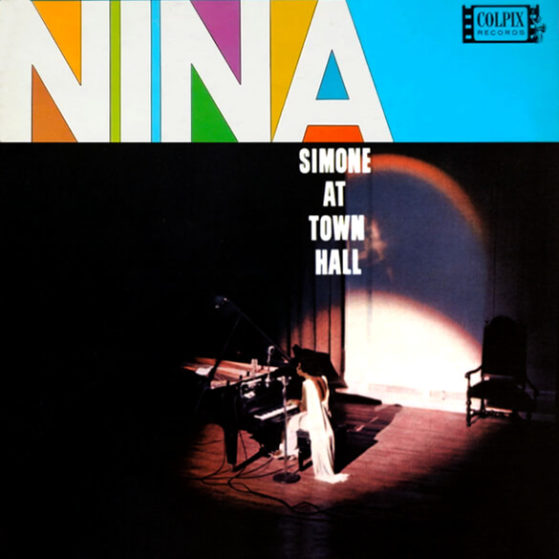 What are the ingredients that go into a great performance? They are, in fact, so subtle delicate and personal as to be almost unpredictable. Almost, but not quite. The one fact that rules all the others is universality, and when an artist conveys universality, all else must follow.

On Sept. 12, 1959, Nina Simone appeared at New York’s Town Hall – and all else followed. The simple truth is that she was simply magnificent. She ranged fluidly from blues to ballads, from jazz to folk songs, and ran an emotional gamut that left her audience gasping. But, as someone once observed, such performances are not difficult where genius is involved.

“Cotton-Eyed Joe” is a folk song, too, but its dissimilar roots are in the deep south. Nina unfolds its story slowly and easily. A folk tune that is not nearly familiar enough, she sings it with wonderful conviction.

A number of ballads in the album also hold the unique position of not having been overdone. “You Can Have Him,” for example, is a miniature romance, speaking eloquently of a love affair that is finished, but will never end. The lyrics are genuine, and we know that Nina has shared all the emotions which they express.

In “Wild Is The Wind,” Nina’s piano is the wind itself, while her voice is love. The two forces merge and build with awesome effect. “The Other Woman” is not only a beautiful song, but one whose timeless lyrics demand attention. Again, Nina becomes part of her music and gives it new dimension.

Nina also does one of Billie Holiday’s great classics, “Fine and Mellow.” Nina idolized the immortal Billie, and dedicated this song to her. There is little question that she does it justice. In “Under The Lowest,” a totally improvised blues, Nina displays her spectacular talent at the piano. A probing, driving pianist, she has developed remarkable techniques and is always in search of new ones. With “Exactly Like You,” Nina takes an old standard, makes it over, and brings it forth fresh and new. It swings from the first note to the last.

“Return Home” is an Afro-Cuban original of tremendous power. An all-instrumental number, Nina again leads the way with a brilliant piano performance. This is the raw, natural music of the jungle; the beat and the rhythm are intense.

If there was to be one summing-up of Nina’s triumph at Town Hall, it would have to be “Summertime.” There are, actually, two “Summertimes” here; the first is an instrumental, and so skillfully developed that, almost with realizing it, we are deep in Gershwin’s “Catfish Row.” Nina builds her mood unhurriedly, touching at times upon other music from “Porgy and Bess,” finally, majestically, speaking of “Summertime.” The air is warm and languorous, and the masterful climax fitting to NINA AT TOWN HALL. 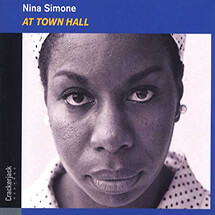 Additions: Trouble In Mind; Porgy; Lil Liza Jane; You'd Be So Nice To Come Home To; Flo Me La; In The Evening By The Moonlight 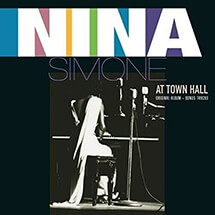 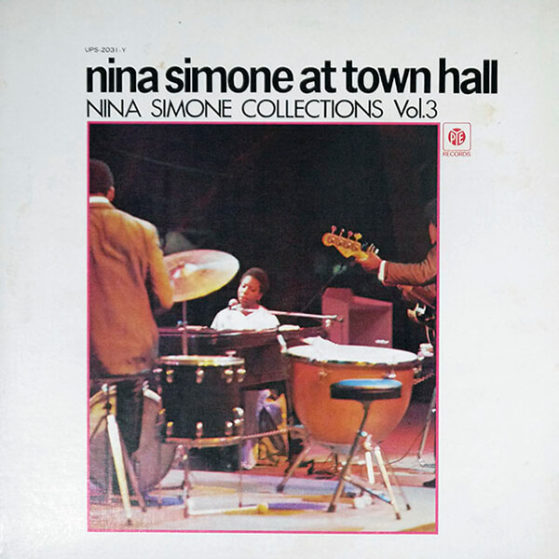 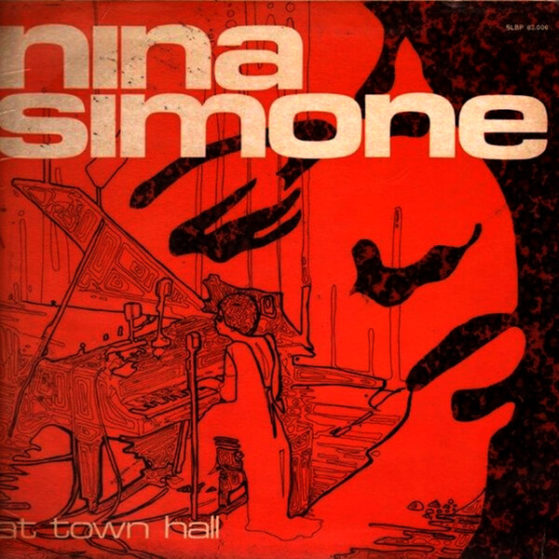 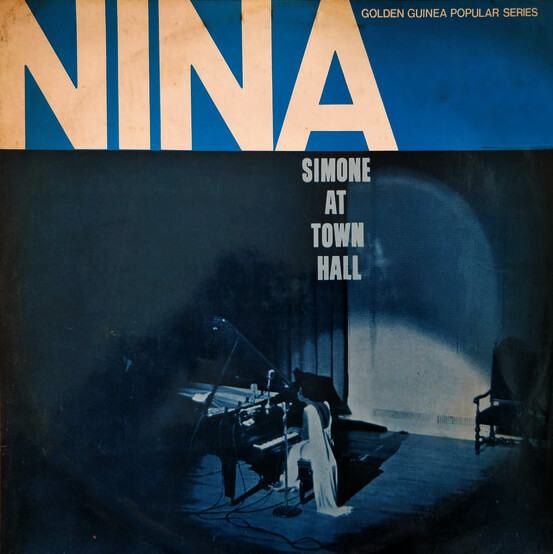 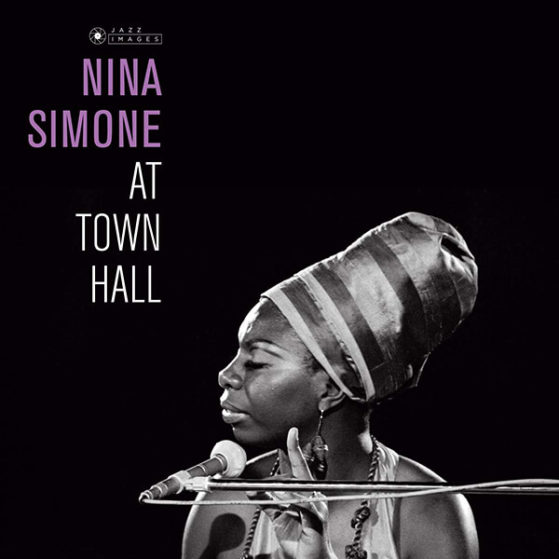 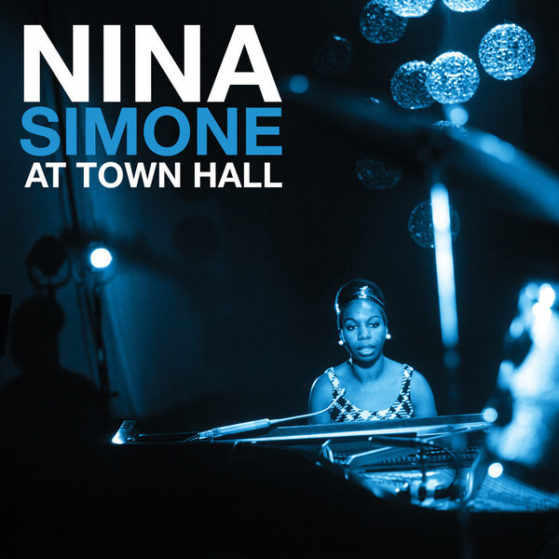 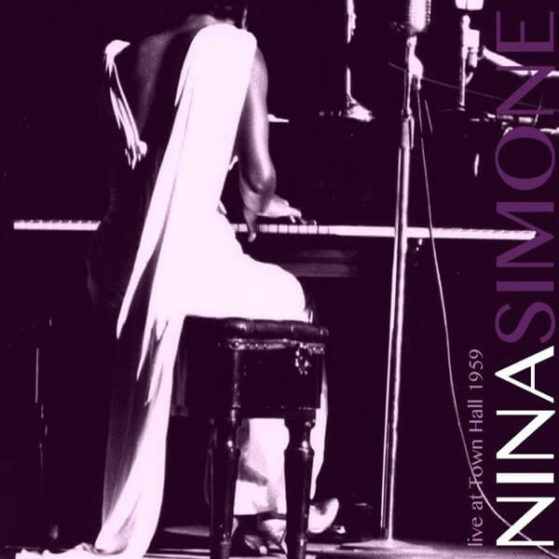 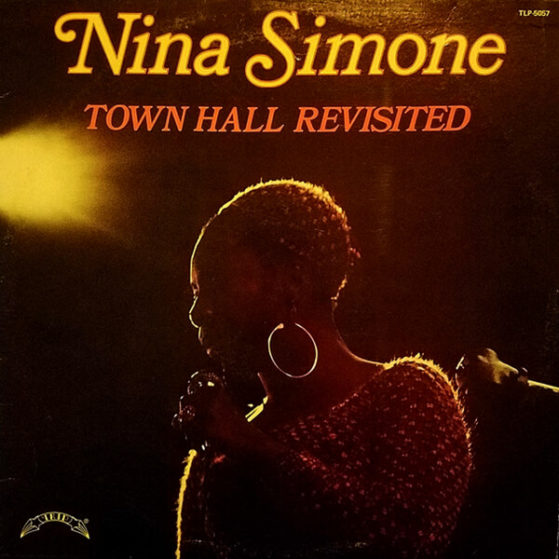