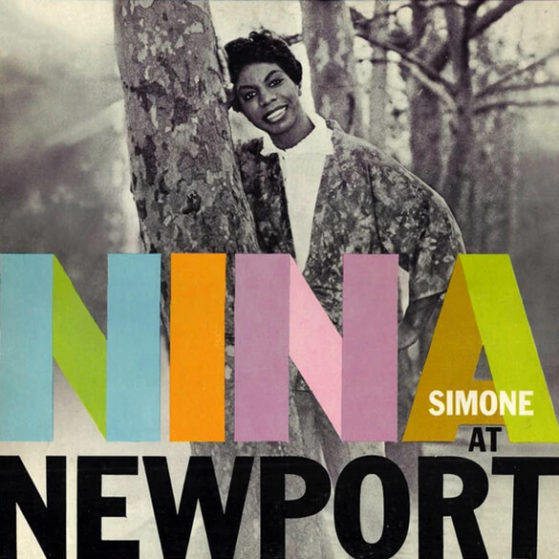 The day was June 30, the year, 1960, the time, about 10pm, and the place, Newport. The occasion was the fifth Jazz Festival of its kind (destined to make noisy headlines several days hence), and right now, 5000 jazz addicts sat before the bandstand, drinking in Newport’s soft summer night, and the sounds that were, and are here, so distinctly Nina Simone’s

Nina opens with TROUBLE IN MIND, an old tune that may be best described as being of jail house origin. This is a blues, somewhat uptempoed from the original lament, unmistakably Nina’s in interpretation.

The PORGY here, as Nina remarks in the album, is not the musical “Porgy” with which she became so closely identified. The character is the same – the “Porgy” of the Gershwin opera – but this time the music and lyrics are by Jimmy McHugh and Dorothy Fields. The result is impressive; the story of PORGY, told again, told differently, retains the flavor and dignity of the opera, yet is distinct and uniquely handled by Nina.

LIL LIZA JANE is in another vein entirely; it is a rollicking, rousing Negro folk song, arranged here almost in suite form. Nina tells LIL LIZA’s story against a foot-stomping instrumental pace that romps to a happy conclusion.

Sooner or later, most of Cole Porter’s songs end up as standards, and YOU’D BE SO NICE TO COME HOME TO is definitely one of them. It is smooth and easy, a wonderful blend of Porter, Simone, and the Trio.

Side Two begins with FLO ME LA, an authentic African song with an interesting history. It started when pack bearers on safari developed a rhythmic chant to set their walking pace; eventually, the chant became a song, “Flo Me La,” which means “To Walk,” or “Walking Along.” Here, Nina sets the pace-“Flo, flo, flo me la, flo flo flo me la—“-and for the next six minutes and 50 seconds, we are merged with the African wilds, as the pace quickens, slows, and mounts again.

NINA’S BLUES are what you might expect – unrestrained, improvised, and strictly instrumental. The BLUES show Nina’s remarkable piano versatility to fine advantage and there are sparkling performances on bass, drums, and guitar before the number runs its course.

The closing mood seems, at first, to be one of quiet dignity. The song is the American traditional, IN THE EVENING BY THE MOONLIGHT, and Nina begins it with a restrained, ab lib chorus. For all its restraint, however, something else seems to be in the wind. Suddenly it comes out – like a storm, Nina and the trio break out, as though in vast relief, and “In The Evening By The Moonlight” pulses and vibrates as though born anew. It is a wild (and immensely satisfying) climax to NINA T NEWPORT.

ABOUT THE TRIO: By coincidence, all three of the group make their homes in Brooklyn. Chris White (bass) studied at the Manhattan School of Music; Bobby Hamilton (drums) studied with the famous Jim Chapin, and Al Schackman, who plays jazz guitar in this album, is equally proficient in classical and flamenco guitar. Each of the trio has played with a variety of well-known jazz groups. 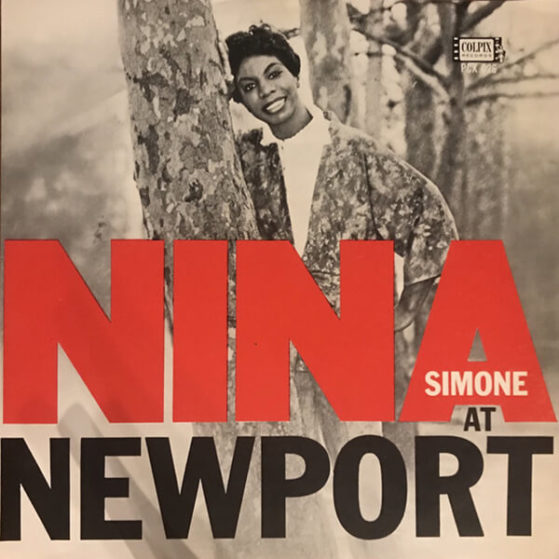 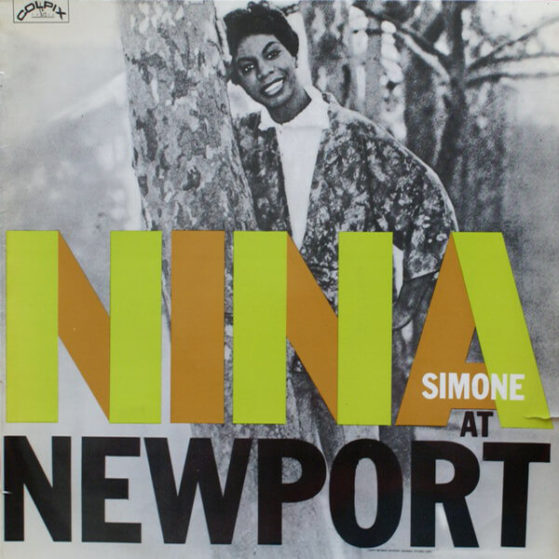 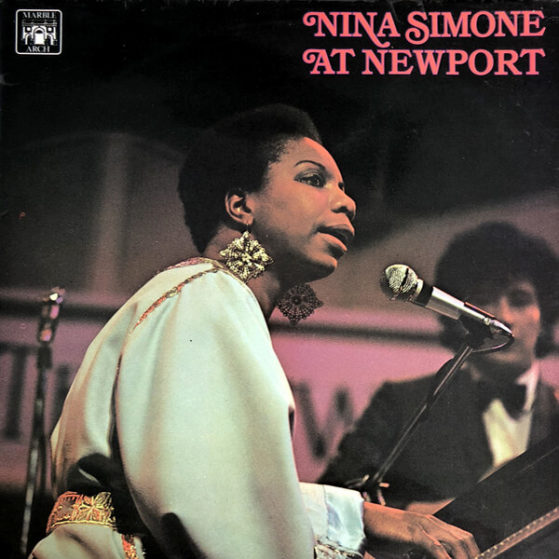 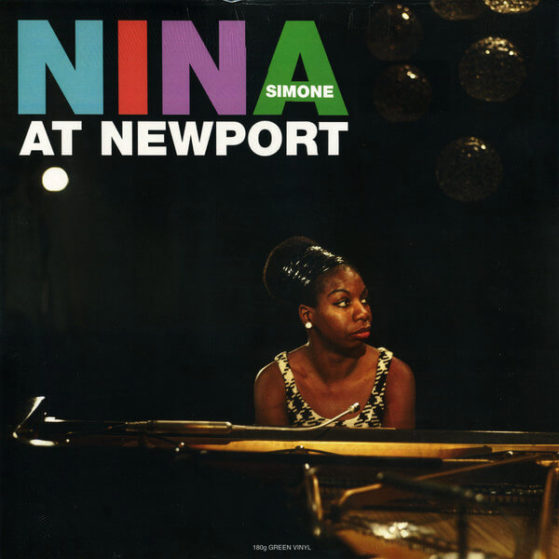