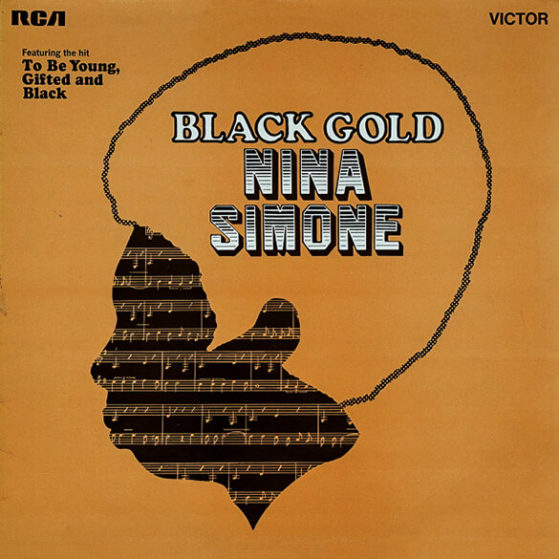 Black Gold carries unpretentiousness to a fault, and is notable for lovely renditions of Black Is The Color (which she recorded on her first concert album, Live At Town Hall, in 1959) and Who Knows Where The Time Goes (a dream encounter between Nina and Sandy Denny). Simone’s performance is marked by extraordinary sensitivity and an aching, curious sense of wonder. The atmosphere is so relaxed and collaborative that Nina permits guitarist Emile Latimer to sing an alternative to Black Is The Color.

The record chiefly achieves immortality by including the premiere version of Young, Gifted & Black. The phrase comes from Lorraine Hansberry, the author of Raisin In The Sun, the first hit play on Broadway by a black writer and the person whom Nina credits as the source of her political education. Weldon Irvine Jr, then Nina’s musical director, wrote the words.

Says Irvine: “I was very honored that Nina Simone asked me to write those lyrics in 1968. The song reflects the aspirations and conditions of black people in America: young people caught up in a time when things were happening which made people proactive rather than apathetic. It makes me proud that thirty years later young students all over the US sing Young, Gifted & Black.” The song became the anthem of the civil rights movement but there is no bitterness here, only warmth and a yearning that gives greater strength to the sentiment.