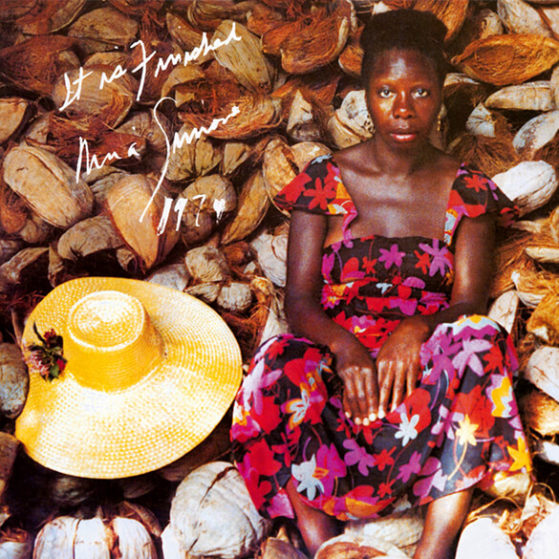 It Is Finished is Nina’s farewell to militancy, to her record label and to America. Fittingly, there are backward glances; an affectionate homage to Bill “Bojangles” Robinson, an earlier black hero, and a dedication to Bessie Smith, with the sexy Sugar In My Bowl. The Pusher, an unsparing account of the devastation wreaked by drugs, makes clear why escape was necessary.

Having spent fifteen years running, it was time for Nina to relax and take stock. She moved to Barbados in 1974, and subsequently lived in Liberia. The role of freedom fighter had broken down in the face of social and personal problems. Nothing daunted, Simone reinvented herself as the Obeah Woman.

The African-rooted, classically trained pianist freely moved between ‘civilization’ and ‘savagery’ (both are tricky concepts and need those inverted commas). The dark and fearful Dambala visits a place beyond death and reveals the secrets that only the Obeah Woman knows.