First, take one painfully acquired knowledge and sensitized awareness of cruelty, injustice, and frustration. Add the following ingredients: a sense of humor (slightly bitter), intelligence (a generous helping), talent (original and articulate) and, finally, a consuming need to experience and express love. Stir vigorously and prepare yourself for one hell of an explosion.

Her name is Nina Simone.

Only the strongest and most extravagant adjectives apply — and the late Langston Hughes didn’t make describing her any easier by comparing her to Billie Holiday, St. Francis, and Jean Genet.

Certainly, there is not the slightest possibility of being indifferent to this astonishing creature. Is she a jazz singer? A folk singer? A pop singer? An avenging angel? A witch? She is all of these—and none of these. She fits no category and obeys none of the rules. Every Nina Simone performance is completely different from any other that she has given. Every audience is different and every day is different and Nina tonight is Nina the sum of Nina last night plus 24 hours more of living.

Nina Simone is as much a product of our time as the hydrogen bomb, rockets to the moon, Che Guevara, LSD, The Beatles, and Yevgeny Yevtushenko. She is here to remind us of the meaning of guilt, of hate, of fear, of power, of love, of beauty.

It is no wonder at all that the majority of her audience is made up of the young. They understand her. More important, she understands them. Her occasional outbursts of impatience at an audience are never directed at the intent black and white faces of high school and college students in the upper balcony of a concert hall or at a back table in a nightclub sipping their one beer of the evening. When the expression on that oddly beautiful face tightens and she lashes out at a rude noise-maker, it is as much in pain as in anger. Nina is strong, but terribly vulnerable to any act of cruelty, intolerance, or indifference.

A fierce integrity is reflected in the material that Nina Simone chooses to sing and play, and hers is the constant search for songs that can express her deeply felt ideas and emotions — as a woman, as an artist, as a black American.

Nina’s performances, especially as illustrated by the one presented herewith, are characterized by a hypersensitive awareness of the feeling “out front.” A minutely perceptible change in the mood of her listeners, the slightest shift in attention, and Nina responds. She meets each subtle challenge — sometimes with defiance, sometimes with rage, more often with a complete giving of herself.

Her present program, presented to a capacity audience at Westbury, Long Island, on the evening following the murder of Dr. Marin Luther King, is highlighted by a song written upon that day by Gene Taylor, Nina’s bass player. Why? (The King of Love Is Dead) has the immediacy of a headline, the poignancy of tears for a loved one and the relevance of a siren in the night.

Another highlight of this exceptional program is Backlash Blues, written just a few months before his death by one of America’s greatest poets, and gentlest human beings, Langston Hughes. It was written especially for Nina.

Also of particular note is the medley of two pieces from the Broadway musical “Hair,” Ain’t Got No and I Got Life, Nina’s vigorous arrangement of this joyous chant of affirmation has become one the most popular items in her concert repertoire.

I Loves You Porgy is, of course, from Gershwin’s “Porgy and Bess.” Nina’s highly personal and ever-changing reading of this lovely aria has become almost the definitive one. Since 1959, when her initial recording of the song brought her to the attention of the American record-being public, son audience has permitted her to omit it from her program.

The other songs on this recording, In The Morning and Please Read Me from the repertoire of The Bee Gees, Thomas A Dorsey’s classic spiritual, Take My Hand Precious Lord, the raucous folk blues Gin House Blues and the rest indicate the breadth of Nina Simone’s musical and dramatic range. It is hardly the whole story, but it will have to do until you see her ten or twenty or a hundred times or until you have listened to all of the recordings she has made thus far and will make in the future.

Now, proceed to enjoy the holocaust… 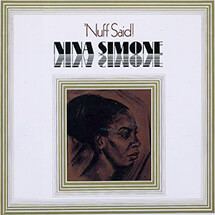 Additions: Mississippi Goddam; Don't Let Me Be Misunderstood; Come Ye; Ain't Got No / I Got Life; Peace of Mind 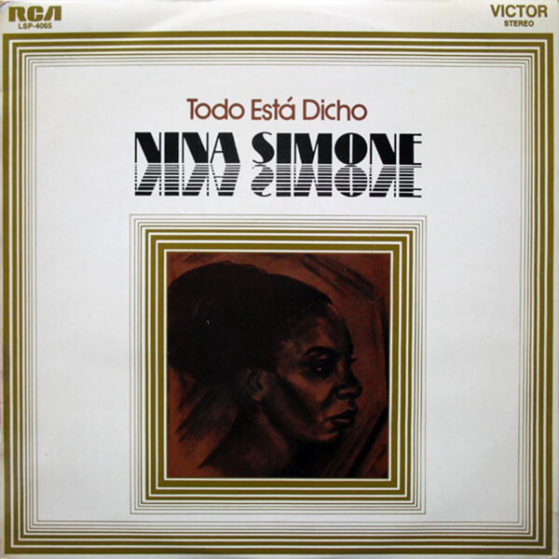 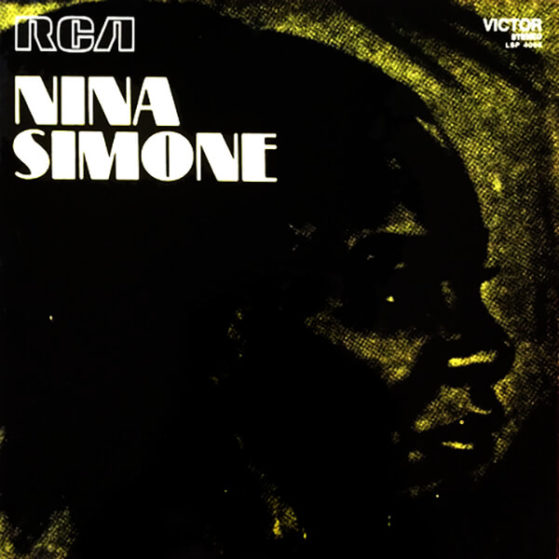