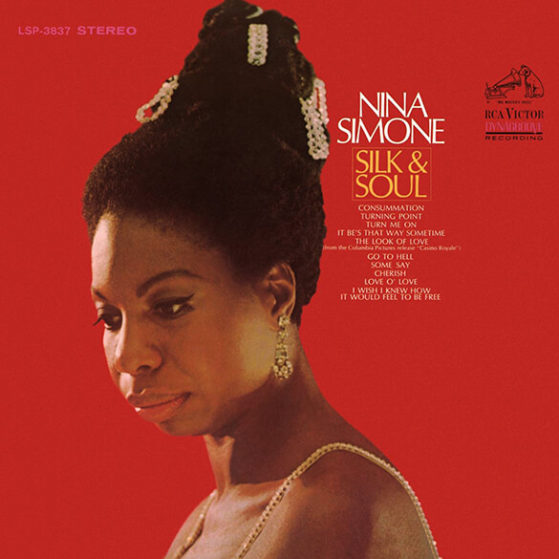 Make no mistake, Miss Nina Simone is one of the greatest exponents of American “soul” music. She has already been given the title “High Priestess of Soul.” This tribute is not one she personally relishes, nor did she campaign for it. It was awarded to her since there were few critics who could adequately describe her plea to “hear my message.”

It is incongruous to attempt to categorize her. She defies any of the limpid classifications we apply to purveyors of song. She is neither all jazz nor all pop; neither all soul nor all R&B. She is neither all folk nor all folk protest; neither poetess nor balladeer. She is simply Nina Simone, a voice in this wilderness of modernity and industrialized society which cries out to be heard.

She feels the story must be told. She strongly feels that truth is the real yardstick for humanity’s survival. And she loves her fellowman.

Therefore it is reasonable to say that Nina is the sum total of “the artist” who will neither compromise nor plagiarize.

It is strange in our day for an artist like Nina to still exercise the right to perform songs of truth in her inimitable style and communicate to the audience without loss of integrity.

But this is Nina.

Why fight the establishment, the say? Why take the difficult road? There is no hope for those who wish to carve their own route. Give up and join. Play it safe.

These warnings have little effect on Nina Simone, for she is unable to sing a song without thinking of its meaning and what it represents to her audience.

But she is not alone. She is proud possessor of an increasing and dedicated following of people who support her in concerts and at her in-person appearances at clubs across the country.

Songwriters who wrote songs with a message, because they feel that survival is based on truth, seek her out. And she records their material. Many times she has suffered the banishment of her tunes by the archaic censors who fear to upset the establishment. On occasion she has become the center of controversy because she demands first-rate conditions in order to perform at her maximum degree of excellence for her audience.

And this is Nina.

Silk and Soul is the follow-up to her debut album on RCA Victor, Nina Simone Sings The Blues. Here again she has taken songs and shaped them in her particular mold. The result is another example of superb magnificence that befits a “High Priestess of Soul.”

She has successfully woven a group of tunes into a specter of silky but soulful interpretations that are far above the commercialism that is designed purely for the hit charts. Yet they will make the charts devoid of such commercialism since they stand on their own merits. They are minute musical chapters of the philosophy of Nina Simone embroidered and embellished by melody.

Consummation, a beautiful love song based on a Bachian figure, reveals the tenderness of Nina’s soul. She wrote the music and the words.

Nina’s husband and manager, Andy Stroud, who has displayed a talent for songwriting that lends to her personal elucidations of tunes, wrote Love o’ Love based on the familiar Careless Love structure of a few seasons ago.

Morris Bailey—a talented musician-lyricist from Philadelphia and a brother of Donald Bailey who spent a number of years as a percussionist with jazzdom’s number one organist, Jimmy Smith—wrote Go To Hell which carries a strong moral and religious theme.

Billy Taylor, the leading jazz disc jockey in New York whose pianistic talents have always been honored, wrote I Wish I Knew How It Would Feel To Be Free.

Cherish, Some Say, Turn Me On, and Turning Point complete the album. They are additional examples of the manner in which Nina can take a tune and capture the complete essence of the writer’s spiritual and melodic message.

Miss Nina Simone is a member of the establishment which is concerned about the need to convey truth to the audience. She is indeed an artist of tremendous magnitude. As you listen to this album you will become completely involved in the music while you absorb the essential quality of truth to be found here. 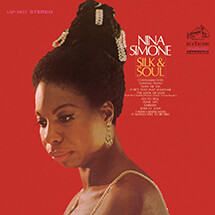 Additions: Why Must Your Love Well Be So Dry; Save Me 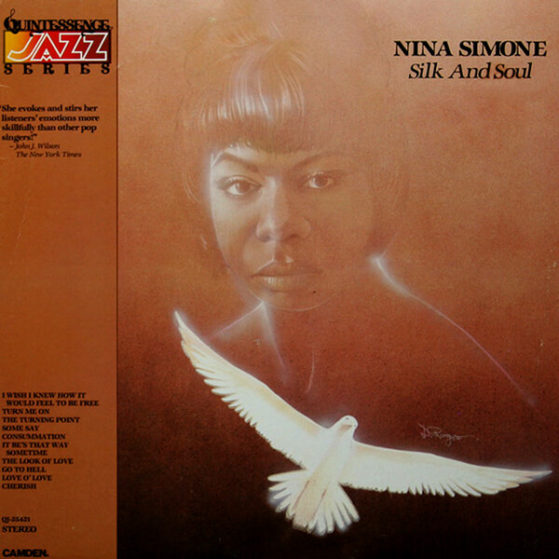