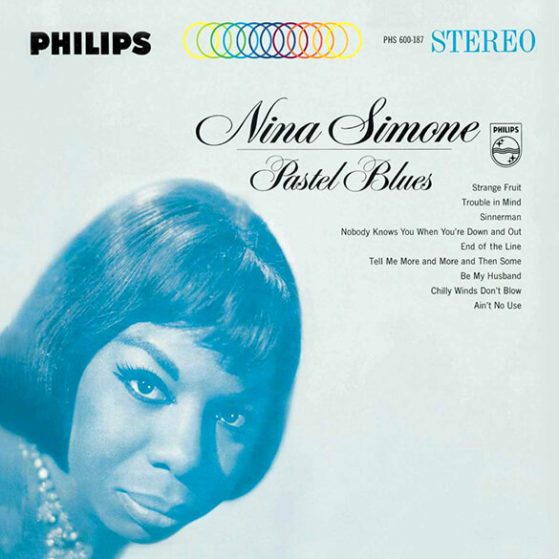 “Pastel Blues”—a very pretty title for an album, and this one is about blues; but perhaps the “Pastel” part may be a bit misleading. According to Mr. Webster, pastel means “a pale and light shade of color.” There is nothing very pale or light about this extraordinary Philips Records LP performance from the incomparable Nina Simone.

Rather, it is a dynamic album introduction to the blues for the artist in which Nina evokes all the windswept grandeur of classic Greek tragedy on a selection of nine pieces that, in the startling dramatic Simone interpretations, reverberate against the rock of memory long after their sound stills. For Nina Simone is more than just a singer, more than just a pianist, more that just a musician, even. She is a painter of moods, emotions, more often than not dark moods and emotions, the kind that give dimension to a human being and the depth and wisdom of the ages to a recording.

Sometimes her moods are shocking, as in the “Strange Fruit” band, perhaps the most overwhelming example of Nina’s dramatic as well as musical gifts in this package. Singing, or moaning, or wailing, or crying out about the horrors perpetrated in the modern South, Nina starts out on the selection as a woman numb with what she has seen, and smelled—“Blood on the leaves and blood at the roots,” “black bodies swinging from the trees,” “burning flesh”—and finishes with a chilling, stirring emotionalism that etches all the injustices of man to man, leaves them indelibly written on the wind. It is a tour de force performance, and is Nina’s only real tussle with The Problem on the album.

The rest of the material is mostly man vs. woman blues, and Nina proves she has the master’s feel.

“Be My Husband” is another very dramatic offering, as Nina cracks a mighty whip and commands her “daddy” to love her good. From this she moves to “Nobody Wants You When You’re Down and Out,” on which—aided by a deft, just right backing, which is true of all the bands—she is in a more conventionally bluesy frame of mind. This gal may say she’s down and out, but somehow you don’t feel it’s for good. The girl of “The End of the Line,” however, is a more sensitive, almost gloomy soul, and her moroseness is no mere passing mood. As Nina movingly paints her, it is truly the end of the line for this lady, and the listener knows it and empathizes.

Nina’s versatility is shining brightly—even when confined to a blues formal—by the the Band No. 4 rolls around. It’s “Trouble In Mind,” and now the man-moaning is in a more optimistic vein. This woman’s going to be all right. “The sun’s gonna shine in my back door someday”; and although she’s “goin’ down to the riv-ah,” she’ll be back, as Nina so eloquently conveys the message.

“Tell Me More and More and Then Some,” is extremely sensual, and, as Nina performs it, has a kind of languid, dreamlike quality as she tells about her man troubles—all worth the trouble, she decides. Suddenly, “Chilly Winds” blow, and it’s too much for Nina’s gal—she’s moving on to where there’ll be “red roses ‘round my door.”

On “Ain’t No Use,” Nina smartly handles a more contemporary blues offering and makes vinegary use of such popular catch phrases as “leaving’ the scene,” “putting you down,” etc to delineate the age-old problem of an ill-treated lover who has the feeling that she wants to go, but can’t.

The longest band on “Pastel Blues” is the gospel-tinged “Sinnerman,” with Nina magnificently catching the hysteria of a soul lost. It is a bang-up finale to an album that vividly demonstrates the wide range of talent that is Nina Simone’s. There must be someone who can adapt “Electra” or “Antigone” or “The Trojan Woman” to the musical idiom for Nina. Hers is a roaring, brooding, craggy, commanding talent that would be eminently at home in this classically tragic milieu. 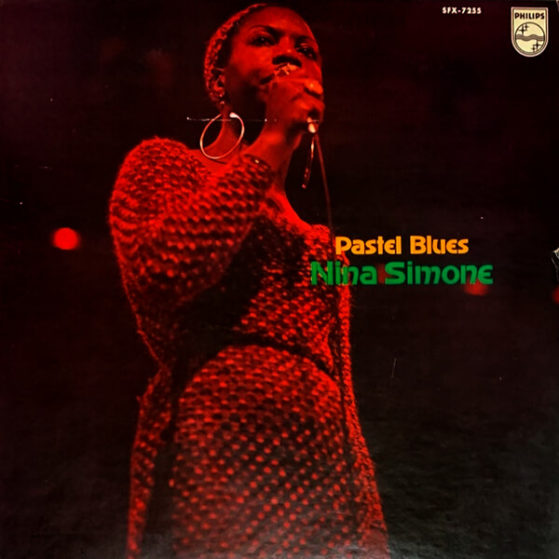 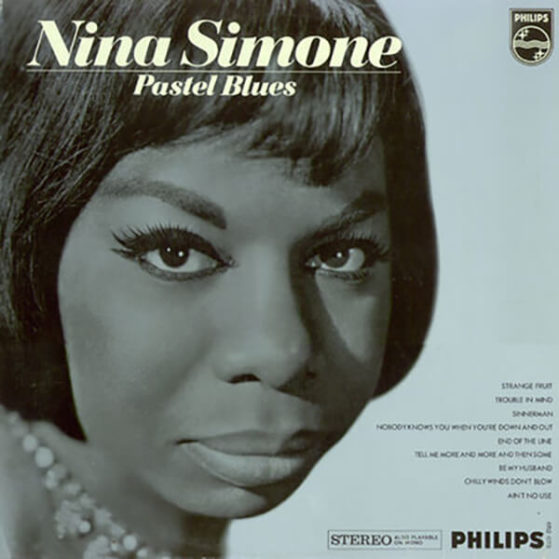 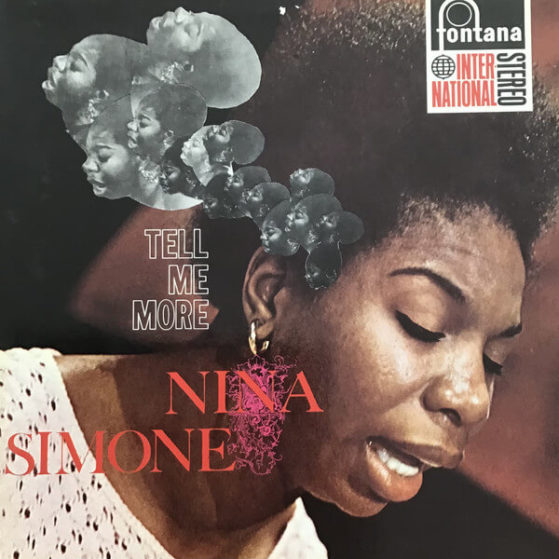