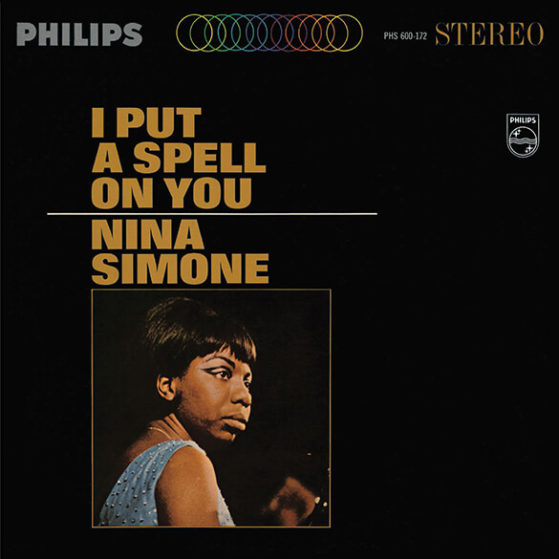 I PUT A SPELL ON YOU

The spell that Nina Simone casts in her songs is completely unique, something that is her own very personal form of expression. It may be touching, it may be gay, it may build a searing flame of anger. But it is always a true emotion that her spell evokes. It is an honest and very human emotion because it is built on the unfailing integrity of this remarkable artist.

When she sings a song, she means it. And you always know that she means it. She means the loving tenderness you’ll hear in “One September Day,” she means the lusty exuberance of “Gimme Some,” and she means the desolation of “Ne Me Quitte Pas.” She chose these songs and all the rest of the tunes in this album because they are songs that have both meaningful lyrics and meaningful music. She calls them “heavy” songs—which does not mean they are difficult but that they are not to be taken lightly. They are songs that demand to be listened to.

For instance, the title song, “I Put A Spell On You,” it is, she points out, “the kind of a song that no one can ignore.” She first heard it about ten years ago when it was recorded by Screamin’ Jay Hawkins. Listening to Hawkins’ strong, often outlandishly weird presentation was one of the  most moving listening experiences she has ever gone through. She has chosen to set it against a ballad background but even in these circumstances it gives her an unusual opportunity to cut completely loose.

“Ne Me Quitte Pas,” written by the French singer, Jacques Brel, is about a young couple who are inseparable until the girl does something that is completely unforgivable. The boy is going to leave her but she says that if he leaves, she will die—literally. And so she tells him all the things that she will do to get him to stay—“I will be the shadow of your shadow,” she says, “and if that is not enough, I will be the shadow of your dog.”

Two of the songs are from Anthony Newley’s new Broadway show, The Roar of the Greasepaint—The Smell of the Crowd. “Beautiful Land” brings out that part of Nina Simone’s personality which still reflects the sincere simplicity of a little girl. “Feeling Good,” which cries the joys of acceptance as a human being, is sung in the show by Gilbert Price whose manager, Andrew Stroud, happens coincidentally to manage Miss Simone.

Charles Aznavour, the perceptive French singer and composer, created two selections—“You’ve Got To Learn” and “Tomorrow Is My Turn”—both of which have the kind of explicit, meaningful lyrics that Miss Simone particularly relishes. And there is a contrasting pair of works by her guitarist, Rudy Stevenson. One is the gently evocative “One September Day” which, says Miss Simone, “reminds me of the way I used to sing many years ago, soft and sweet and very simple.” The other goes to an opposite extreme—the finger-snapping instrumental, “Blues On Purpose.”

And let’s not forget the open, honest, down-to-earth Nina. She takes over on “Gimme Some,” a lusty song with a forthright attitude that she admires because, she declares, “we need somebody not to make fun of sex but to praise it.” 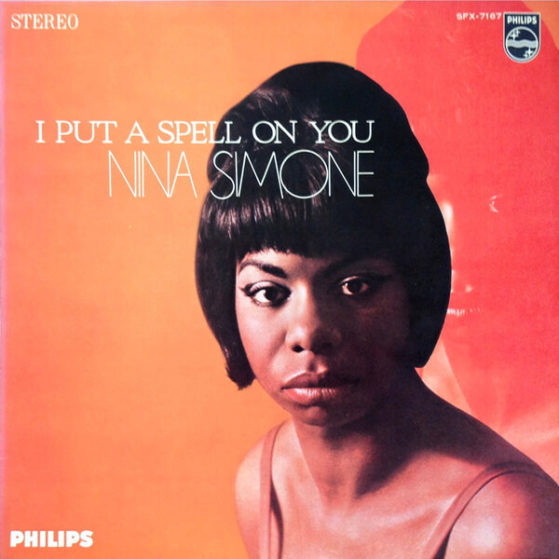