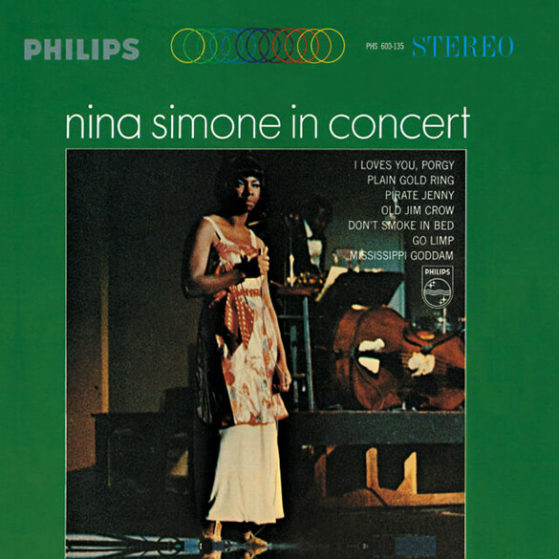 First, take one painfully acquired knowledge and sensitized awareness of cruelty, injustice, and frustration. Add a sense of humor — slightly bitter — and mix carefully with a consuming need to experience and express love. Then, when vigorously stirred with a completely original and articulate talent, you’re going to get one hell of an explosion. Her name is Nina Simone.

Only the strongest and most extravagant adjectives apply. Certainly there is no possibility—not the slightest—of being indifferent to this astonishing creature. Is she a jazz singer? A folk singer? A pop singer? An avenging angel? A witch? She is all of these and she is none of these, and utilizing a double meaning, she is “something else” besides. She fits no category and obeys almost none of the rules. Every Nina Simone performance is completely different from any other night she has ever given. Every audience is different and every day is different, and Nina tonight is the sum of Nina last night plus twenty-four hours of living.

Nina is as much a product of our time as the atom bomb, rockets to the moon, Lenny Bruce, SNCC, Tennessee Williams, Miles Davis, James Baldwin, Bob Dylan, and Yevgeny Yevtushenko. She has emerged to underline today’s moods of awareness and anger, of restlessness, militancy, and hope.

It is no wonder at all that the major part of her audience is made up of the young. They understand her. Most important, she understands them. Her occasional outbursts of impatience at an audience are never directed at the high-school and college kids in the upper balconies or sitting at the back tables of a nightclub, sipping their one beer of the evening. When the expression of her oddly beautiful face tightens and she lashes out at a rude noisemaker, it is as much in pain as in anger. Nina is strong, but she is nonetheless easily wounded by any act of cruelty, intolerance, or indifference.

A fierce integrity is reflected in the material Nina Simone chooses to sing and play, and hers is the constant search for songs that can express her deeply felt ideas and emotions—as a woman, as an artist, as a Negro American. And her performances are characterized by a hypersensitive awareness of her audience. A minutely perceptible change in the mood “out there,” the slightest shift in attention, and Nina responds. She meets the challenge—sometimes with resentful defiance, sometimes with rage, sometimes with affectionate compliance.

To this prejudiced observer, Pirate Jenny is the outstanding track in this album. This terrifying aria from The Threepenny Opera has never been given a more striking or original performance. The awesome hatred and suppressed violence of Brecht’s and Weill’s beaten-down slavery are given new and terrible meaning as this long, hot decade of struggle for equal rights presses forward. Perhaps it is a masterpiece; certainly it is a warning.

I Loves You Porgy is, of course, form Gershwin’s Porgy and Bess, and Nina’s highly personal and ever-changing reading has become almost the definitive one. Since her initial recording of this song in 1959, no audience has permitted her to omit it from her program. Mississippi Goddam, “a show tune from a show that hasn’t yet be written,” is Nina’s own sing—a biting, ringing, rhythmic curse upon the murderous police state that lies on the other side of the border of decency. Part of the same story is her Old Jim Crow, a song with unambiguous, no-nonsense message: the time is now!

Another facet of Nina’s sharply-edged talent twinkles mischievously in Go Limp, a mass-participation song with special significance for the very brave young people who really participate—not only in hootenannies but with their time, their energy, their intelligence, their hearts, and even their lives in the revolutionary war for civil rights.

The two final selections are Willard Robinson’s frankly torchy love lament, Don’t Smoke In Bed, and Plain Gold Tin, a strange, rhythmic chant that Nina learned from Kitty White and transformed into a haunting personal vehicle of her own.

Nina Simone’s program on this record, as varied as it is, is only a small indication of the breadth of her musical and dramatic range. It is hardly the whole story. But it will have to do until you see her ten or twenty or a hundred times, or until you listen to all the records that she has made thus far and is going to make in the future. No, go on and enjoy the holocaust. 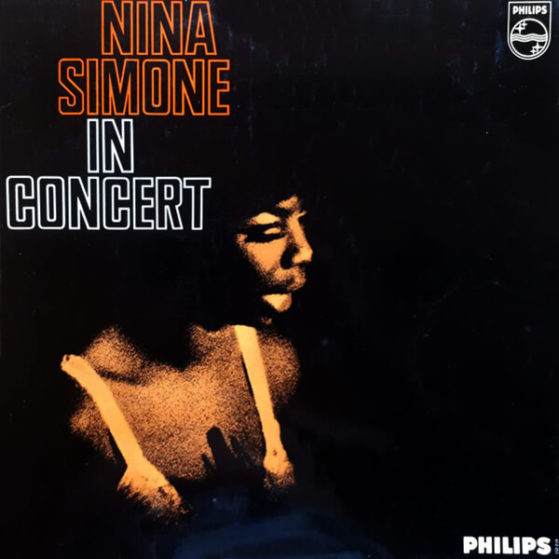 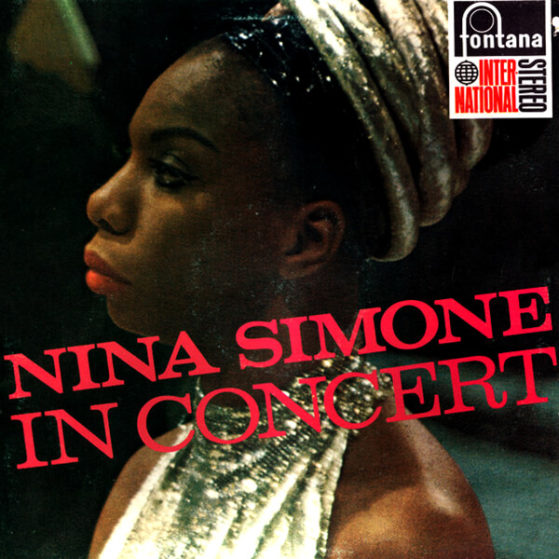