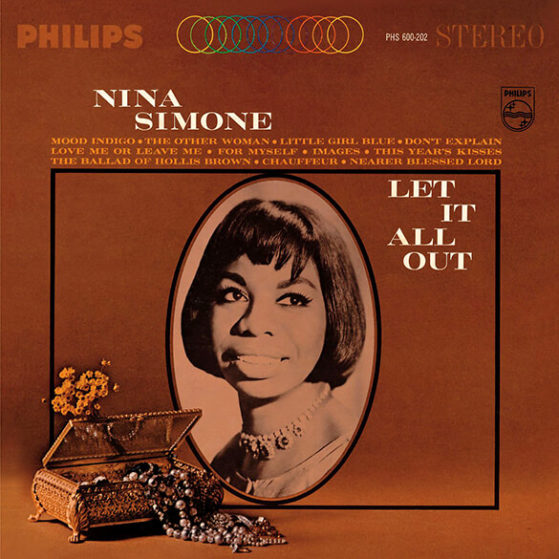 LET IT ALL OUT

On her personal odyssey from hard-time rural North Carolina to big-time big city acclaim, Nina Simone has been exposed to gospel, country blues, classical training, jazz plain and progressive, the glossy ballad and big band scenes, right up to the discotheque and Dylan.

All of these musical strands show up in her work, and on this album. Yet, like an alloy which becomes a shining thing different from any of its pure components, the Nina Simone sound becomes something uniquely her own—fused, you might say, by her powerful and sensitive personality.

I can think of no singer who would have attempted the musical and emotional range represented here. No one else, I’m sure, would have brought it off. Her hypnotic, riveting effect on audience is by now legend. It comes through here, even though we can’t watch her rapt dialogue with her piano or see her beautifully soulful face spotlighted as she sings with shattering intensity about bad times or unfaithful males.

For openers, try “Images,” a poem by W. Cuney, Nina heard on a record and gave a melody, which she sings unaccompanied. “Little Girl Blue” displays the fresh poignance Nina can find in a standard, just as another standard,“Love Me Or Leave Me,” lets you know what a swinging jazz talent she is. Her extended piano chorus on that one turns nicely Bach-is and reminds you of her Juilliard days.

“The Other Woman” is a quiet essay in sad truth. “Mood Indigo” is a surprise, taken at a striding uptempo that gives Nina a fine keyboard romp. “Don’t Explain” is, of course, Billie Holiday’s forgiveness to a philandering man, and if anybody today matches Billie’s emotional voltage in song, it is Nina.

“Chauffeur” is a traditional shouting blues, which Nina first heard Big Mama Thorton do. Nina’s husband, Andy Stroud, did this adaptation for her.

Her version of Bob Dylan’s “The Ballad of Hollis Brown,” with its insistent, doom-haunted accompaniment, suggest again that Dylan is a powerful writer, but by no means his own best interpreter.

Nina added Irving Berlin’s oldie, “This Year’s Crop of Kisses” to her repertoire after she’d heard a Billie Holiday recording of it. The lyric somehow acquires a dimension even the composer had thought was there.

“For Myself” is a lovely new ballad by Van McCoy, a young songwriter who is a fan of Nina’s.

Accompanying Nina at the sessions and at the concert where “Images” was recorded live were her regular trio, Lisle Atkinson on bass, Robert Hamilton on drums, and Rudy Stevenson on guitar and flute.

The album title seems just right, Nina holds nothing back and she fakes nothing. Perhaps the greatest of her many gifts is the gift of intensity. 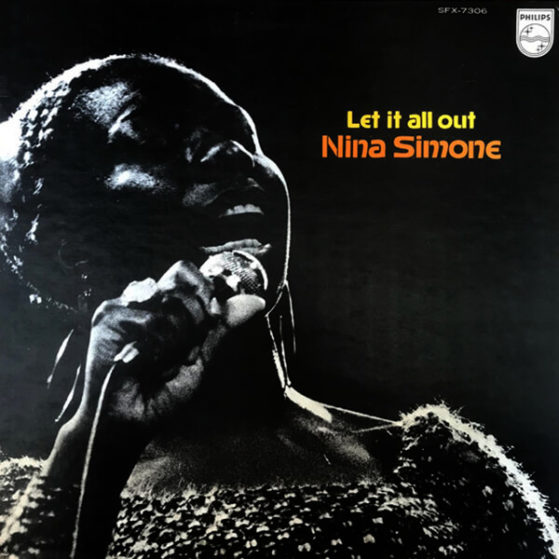 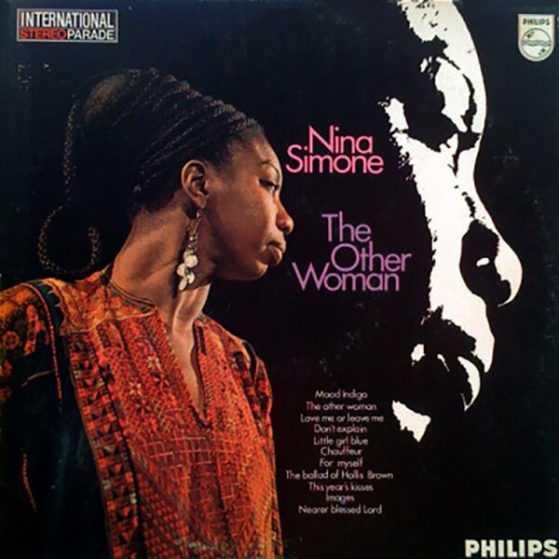