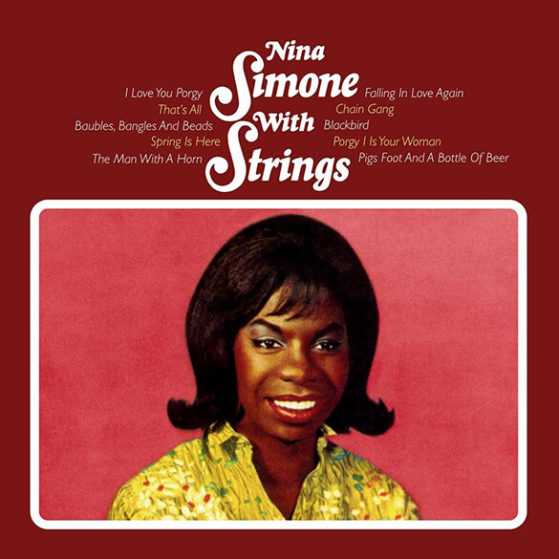 Nina Simone has been the subject of countless accolades. She has, over the years, become one of the best known interpreters of songs, both on records and well as in other mediums. She is equally at home on the concert state as she is in the darkened shadows of a smokey night club.

Nina Simone is many things, but she has always been first, a superb musician. Her piano and her voice give evidence to this. She is a musician with a complete understanding of both the lyric, as well as the melodic content of a song. She is a musician who can evoke any mood with any given song. Her repertoire ranges from blues, to folk, to semi-classical t0 gospel. She is everything that she needs to be to make a song ring true, to make it an emotional experience for both herself and the listener.

For the record, the musician was born in Tryon, North Carolina, the product of musical parents and one of eight children. Her musical activities began with the piano at the age of four. Later Nina sang spirituals in her local church choir. By the time Nina reached high school, her singing was already influenced by Marian Anderson and her jazz piano by the Nego folk blues of the South. At 17, Nina moved on to Philadelphia where she earned her keep teaching piano and then accompanying a variety of pop singers. She also continued her own studies with two years at Juilliard School of Music.

So much for past history. The real history of Nina Simone is being made every time she sits down ate the piano. The real story is the way she works the songs in this new collection.

In this album, Nina’s piano and voice is given a warm, flowing string accompaniment. It eloquently complements Nina’s approach to the songs included in this set. The strings follow Nina, never imposting or distracting from her phrasing, her timing, or her instinctive “feel” for the song. She runs the gamut of emotions throughout this recording. She is with one number, light, gay, off-handed, with the next romantic and loving and with still another sad, wistful and intense. Included in her selections  is her classic rendition of Gershwin’s “I Loves You Porgy.”